Saint John, the holy Forerunner and Baptist of the Lord, whom the Lord called the greatest of the prophets, concludes the history of the Old Testament and opens the era of the New Testament. The holy Prophet John bore witness to the Only-Begotten Son of God, incarnate in the flesh. Saint John was accounted worthy to baptize Him in the waters of the Jordan, and he was a witness of the Theophany of the Most Holy Trinity on the day of the Savior’s Baptism.

The holy Prophet John was related to the Lord on His mother’s side, the son of the Priest Zachariah and Righteous Elizabeth. The holy Forerunner, John, was born six months before Christ. The Archangel Gabriel announced his birth in the Temple at Jerusalem, revealing to Zachariah that a son was to be born to him.

Through the prayers offered beforehand, the child was filled with the Holy Spirit. Saint John prepared himself in the wilds of the desert for his great service by a strict life, by fasting, prayer and sympathy for the fate of God’s people.

At the age of thirty, he came forth preaching repentance. He appeared on the banks of the Jordan, to prepare the people by his preaching to accept the Savior of the world. In church hymnology, Saint John is called a “bright morning star,” whose gleaming outshone the brilliance of all the other stars, announcing the coming dawn of the day of grace, illumined with the light of the spiritual Sun, our Lord Jesus Christ. 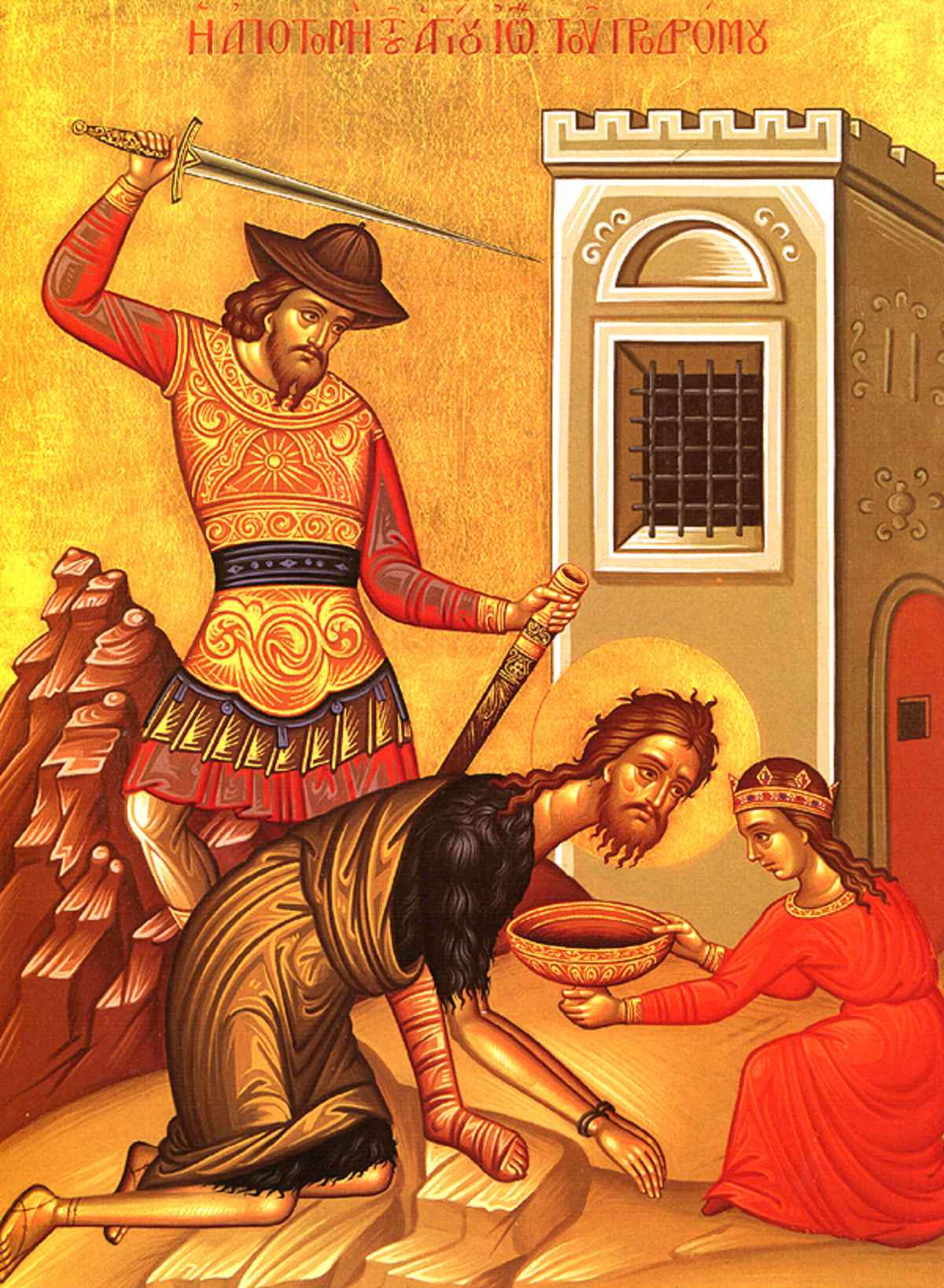 The body of Saint John the Baptist was buried in the Samaritan city of Sebaste. The holy Evangelist Luke, who went preaching Christ in various cities and towns, came to Sebaste, where they gave him the right hand of the holy Prophet John, the very hand with which he had baptized the Savior. The Evangelist Luke took it with him to his native city of Antioch.

Hymn of St. John the Forerunner

The memory of the just is extolled, but the witness of the Lord suffices for thee, O Forerunner. For thou hast verily been shown forth as more honored than the prophets, since thou was found worthy to baptize in the stream Him who they proclaimed. Therefore, having contended mightily for the truth, with joy thou didst also bring glad tidings to those in Hades; that God hath appeared in the flesh, Who takest away the sin of the world; and grantest unto us the great mercy.

Synaxis of the Holy Glorious Prophet, Forerunner and Baptist John from the Orthodox Church in America website: http://oca.org/saints/lives/2019/01/07/100109-synaxis-of-the-holy-glorious-prophet-forerunner-and-baptist-john

Please enter a search term to begin your search.